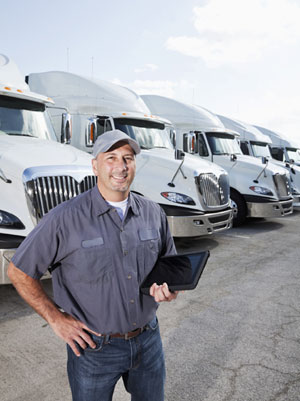 A 25-year-old truck driver presents for his Medical Fitness for Duty exam. He states that he recently changed psychiatrists because he did not agree with the doctor's diagnosis of Bipolar Disorder. His new psychiatrist thinks he has Attention Deficit Disorder, and Major Depressive Disorder. He has discontinued his Bipolar Medication for mood stabilization, and is now managed on methylphenidate and fluoxetine. On further questioning, the driver candidate mentions his father, who was killed while driving a truck, had a bad temper. Although he has a history of alcohol use, currently he denies imbibing in the past three years.

On mental status exam, you note some agitation and impatience. He taps his foot during your questioning, and often shifts in his seat. The driver candidate is exceptionally muscular and has notable acne. You note a reactive and elevated mood, and your sense of the candidate is one of unease.

Other features of evaluation are all normal.

As an FMCSA evaluator, do you give a medical fitness for duty? Consider this first.

What is Road Rage?

Road rage is any act of aggression related to motor vehicle driving. Road rage can take the form of verbal and physical aggression toward other drivers, using ones vehicle as a weapon or device of intimidation, using one's vehicle to destroy property. Road rage is of specific interest to the medical practitioner certified by The National Registry of Certified Medical Examiners (NRCME).

Individuals who exhibit signs of specific mental illness during their Medical Fitness Evaluation, or have a history of psychiatric disorders such as Bipolar Disorder, Attention Deficient Disorder, Intermittent Explosive Disorder, Depression or Schizophrenia are more likely to exhibit road rage.

Commercial motor vehicle drivers who are taking specific medications that might interfere with decision making, those using illicit substances, and drivers who abuse prescription medications are all at risk of road rage. Senate hearings of December 2011 on increasing FMCSA guidelines for CMV drivers demonstrate the government's commitment to safe roadways. As the Certified Medical Examiner it is your responsibility to determine if a candidate is fit to drive a potentially dangerous weapon.

What are the psychological characteristics of Road Rage?

Road rage refers to aggression. There are two types of aggression: affective and predatory.

Affective rage can be considered as stalking, intimidating and threatening types of displays. Think of a cat who bunches her haunches, and hisses at another cat who has encroached into her territory, or threatens her young.

Predatory rage encompasses the actions that constitute physical attack on another individual.

Road rage may also be divided into affective type behaviors and predatory behaviors. When evaluating a CMV driver for medical fitness, consider asking about the following behaviors.

Who is most likely to Rage?

A study conducted in 2005 by Malta et found that aggressive drivers had a higher lifetime prevalence of psychiatric disorders including cluster B personality disorders, Impulse Control Disorders, and Substance Use Disorders. The study also noted a significantly greater prevalence of self reported problems with anger and greater family history of anger.

There are certain medications that can lower a person's anger threshold or cloud judgment to such a degree that a person may act violently. As a Certified Medical Examiner, you must warn the CMV driver of any potential risks their medication may pose to safe driving.

Multiple studies cite the following medications as potentially increasing the tendency toward violence, interfering with judgment and increasing impulsivity:

What are the specific mental disorders that may interfere with safe CMV driving?

The FMSCA website lists the following disorders which, when untreated, disqualify a potential CMV driver or create the need for follow up.

These conditions require further review, and a potential rejection of the driver candidate.

What about the case example above?

This driver has had a recent change of diagnosis and change of medication. He also has a family history of expressed anger, and takes medication that may increase aggression. He is exhibiting behaviors on observation that cause you to question his fitness.

Before authorizing his medical fitness, you should consider the following:

1) Obtain a release of information to speak with his former and current psychiatrist.
2) Obtain urine drug testing.
3) Obtain blood testing for the presence of anabolic steroids and presence of prescribed medication.
4) Obtain psychological testing focusing on aggressive thought content, and decision making.
5) Obtain a continuous performance test to evaluate for ADD/HD.