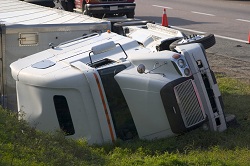 Driver Mental Fitness and Decision Making: Analysis of the LTCCS (2007)

The Large Truck Crash Causation Study (LTCCS), published in 2007 analyzed 120,000 large truck collisions between April 2001 and December 2003 involving vehicles over 10,000 pounds. The study was conducted by United States Department of Transportation, Federal Motor Carrier Safety Administration (FMCSA). The full LTCCS can be viewed at the FMCSA website, at the following link:

The LTCCS study determined that fatigue, alcohol, and speeding were the three major factors in collisions overall. The study does not go so far as to link these factors to causation, but clearly highlights their association. Fatigue, alcohol, speeding and additional factors will be analyzed in the context of prevention from the standpoint of an examiner who is certified by The National Registry of Certified Medical Examiners (NRCME).

Many of the 1000 features collected from each crash were considered, including driver condition, driver behavior, and ancillary reports from police, hospital and other professional witnesses to each crash. The following table reproduced from the FMCSA website delineates the reasons behind each analyzed collision.

Estimated Numbers of Trucks in All Crashes, by Critical Reasons

Notes: Results shown are national estimates for the 141,000 large trucks estimated to have been involved in fatal and injury crashes during the study period. The estimates may differ from true values, because they are based on a probability sample of crashes and not a census of all crashes. Estimates are rounded to the nearest 1000 large trucks.

Of the 963 crashes in the LTCCS sample of 120,000 total collisions, 87% were due to driver error. This statistic is further broken down by category: Nonperformance, Recognition, Decision, and Performance. All of these factors may have some bearing on driver mental fitness, as can use of substances that decrease the nervous system’s ability to react. When combined with driving at unsafe speed relative to the environment, these factors account for the significant proportion of crashes.

The data is further divided into specific categories:

Recognition is the ability of the individual to correctly identify a target image. This is commonly tested using a mini mental status exam, and is the basis for the first several questions of the test. Recognition is an almost instantaneous process, and is the basis for proper decision making. If a driver is taking medication that decreases reaction time, they are more likely to suffer from decreased recognition.

Decision making can only occur if the driver has properly recognized the threat. If a driver is distracted and does not recognize a potentially dangerous situation, they will not be able to make a decision properly. If the driver does recognize a dangerous situation, their reactions become automated and they take appropriate actions on autopilot. These actions occur thousands of times per second in the average unimpaired driver. An impaired driver does not make appropriate decisions when a sudden and unexpected situation presents itself. Medications and alcohol decrease reaction time, and will impede the CMV driver’s ability to react. It is the responsibility of the Certified Medical Examiner to document discussion regarding any medications that may decrease decision making time.

What is the role of the Certified Medical Examiner?

By asking specific questions about the driver’s mental health, the medical examiner can glean details into the driver’s decision making. Performing a formal mental status exam, asking questions that specifically test recognition and decision making may aid in making a final determination regarding medical fitness for duty. Clearly, many large truck collisions are due to driver error. Driver error may be prevented by educated a driver about interactions of specific medications, side effects of medications, and the dangers of alcohol use within 24 hours of driving.

Since the FMCSA guidelines specify medical fitness for duty guidelines, you as the medical examiner could be held responsible for certifying an unfit driver and failing to comply with express regulations found on the FMSCA website. Following regulations set forth by FMCSA, conducting a proper examination and documenting candidate interactions will obviate any potential for medical neglect. Discussing potential risks with the driver candidate in a manner that is understandable and memorable could prevent a collision and loss of life.