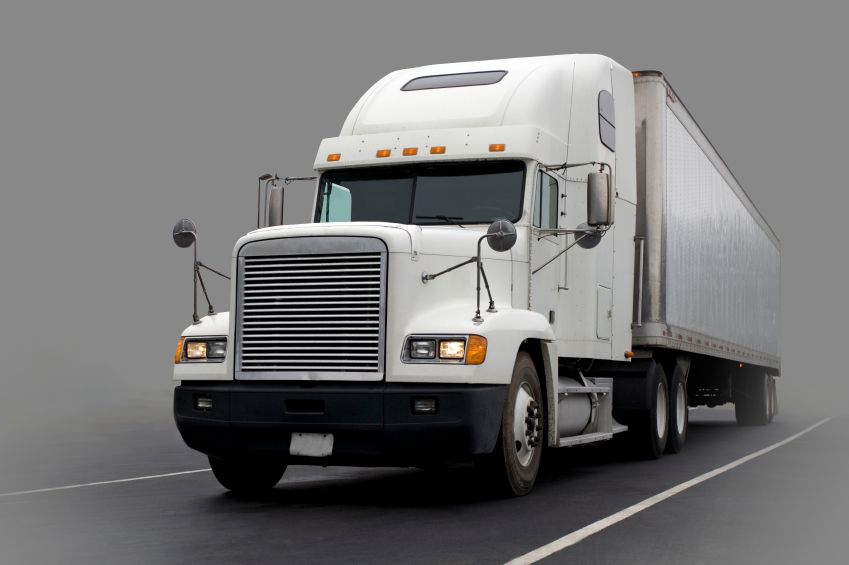 OSA Defined
Obstructive sleep apnea (OSA) is a condition that results in the cessation of breathing during periods of sleep. The apnea can last anywhere from a few seconds to greater than 10 seconds and may occur several times per hour. OSA occurs when the muscles of the throat that keep the airway open, relax to the point of collapse which causes a partial or complete obstruction of the airway. This results in the snoring or grunting sound that a person with OSA may make during their sleep.

Studies have concluded that those individuals with a Body Mass Index (BMI) greater than 35, those with enlarged tonsils and adenoids, and those with a large neck girth are most at risk. However; on a positive note, not everyone with the mentioned risk factors has OSA. About 70% of those individuals who are overweight suffer from OSA.

Signs and Symptoms of OSA
In most instances the individual suffering from OSA is not the first person to notice the symptoms. In most cases it is a spouse or co-worker. The signs and symptoms of OSA can include:

Individuals with any of these symptoms should discuss them with their health care provider.

Screening for OSA
The screening process to find out if an individual has OSA is actually simple. It begins with the patient reporting symptoms to the DOT medical examiner during a routine physical, or else reporting bothersome symptoms to his primary care physician (PCP).  If the PCP feels that a sleep study or polysomnography (PSG) is needed, the individual will be referred to either a hospital based sleep lab or private sleep lab for the study.

A PSG registers the body's shifts between the two stages of sleep: rapid eye movement (REM) sleep and non-rapid eye movement (non-REM) sleep. During REM sleep, brain activity is high, but only the eyes and breathing muscles are active. This is the stage in which a person dreams. Non-REM sleep is characterized by slower brain activity. A person without a sleep disorder will switch between non-REM and REM sleep about every 90 minutes, experiencing four to six sleep cycles per night. In addition to the stages of sleep being monitored, the technician will also monitor the following:

A PSG is performed overnight in a specialized sleep center. In some instances it is performed during the day or at home to accommodate special needs of the patient such as those patients that work the night shift and normally sleep during the day.

Treatment for OSA
Treatment for OSA is rather simple and can prevent the individual from developing serious medical conditions and from falling asleep while driving. Most of the equipment that may be prescribed will be covered by health insurance.

The PCP or Medical Examiner may refer the patient to a Registered Dietician (RD) if weight loss is indicated. The patient will need to meet with the RD who will discuss the dietary regimen of the patient including; likes, dislikes and meal times. The RD will then prescribe a diet specific to the caloric intake needed for the patient to lose weight safely. The RD will take into consideration the difficulty that many commercial truck drivers have as it relates to healthy meals while on the road.

Risks Associated with OSA
Out of 593 long-distance truck drivers, 47.1% had fallen asleep at the wheel at least once, and 25.4% within the last year. While this is an obvious safety risk for those truck drivers suffering from OSA, there are a multitude of additional risks that should also be considered. Trucking companies should focus on safe driving for those truckers employed by them but in addition, they should also be concerned with the overall well-being of the commercial truck driver. Health costs for those insured by trucking firms could inflate to an astronomical dollar amount as the result of chronic conditions related to OSA.

One of the most common effects of OSA is hypertension. As you know, untreated hypertension can lead to stroke, myocardial infarction, kidney disease, and other serious conditions. Hypertension is the silent killer and just as the OSA tends to go undiagnosed, so can the hypertension. The cost of hospitalization and ongoing treatment for each of these illnesses can be enough to cause the premiums paid by a trucking company to rise.

Other risk factors include, but are not limited to; atrial fibrillation or other various cardiac dysrhythmias, enlargement of the heart and increase in severity of pre-existing diabetes. Personality changes can also be related to OSA. Individuals suffering from OSA are likely to be short-tempered causing conflict with family members or co-workers. Lethargy related to OSA will result in the individual not partaking in physical activity which could be detrimental to his overall health. Marital relationships may suffer due to sexual dysfunction or fatigue.

Prevalence of OSA in commercial Truck Drivers
In a recent survey conducted by the Federal Motor Carrier Safety Administration (FMCSA), it was found that OSA affects more than 40 percent of commercial truck drivers in the United States today.  One of every three 18-wheelers you see on our highways has a driver that suffers OSA. This not only puts each of these drivers at risk, but also increases the risk of those that share the highways with them.

In 2009. a study was performed to evaluate consensus criteria for screening commercial drivers for obstructive sleep apnea (OSA). 456 drivers underwent a routine physical exam with 53 drivers, or 12%, being referred for (PSG).

Out of the 53 drivers referred, only 20 followed through by undergoing PSG. It was concluded that 20/20 or 100% of those drivers suffered from OSA. In addition, only one of the 20 drivers with confirmed OSA sought follow-up treatment, leaving 19 drivers with untreated OSA who had a high probability of causing a motor vehicle accident (MVA). The outcome of this study supports federally mandated screening for OSA.

In another study, "Dr. Benjamin Hoffman, chief medical officer at Waste Management Inc. and lead author of the study, used insurance claims records to evaluate the effects of obstructive sleep apnea treatment in commercial motor vehicle drivers. "The costs were compared of 156 truck drivers who received CPAP or other types of treatment for OSA and 92 truck drivers who were diagnosed with sleep apnea but were not treated.

Results from this study were as follows: For treated drivers, health plan costs decreased an average of $2,700 in the first year and another $3,100 in the second year compared to no change for untreated drivers. Looking superficially at the number of drivers in America that are affected by OSA and calculating the savings that could occur, why shouldn't there be mandatory testing and treatment requirements? Food for thought.

Federally Mandated OSA Testing
Although federally mandated OSA testing has not been initiated as of yet, two panels, to include; the Federal Motor Carrier Safety Administration (FMCSA), and their Medical Review Board, the National Registry of Certified Medical Examiners (NRCME), have made recommendations and guidelines for mandatory screening. The recommendations include: Screening of all drivers that have a BMI greater than 35 and any driver that has daytime drowsiness or difficulty staying awake while driving.

In addition to the guidelines recommended for screening, it is also recommended that any driver involved in a fatigue related crash, or falling asleep while driving, should be disqualified from driving pending evaluation and treatment for OSA.

Further recommendations include; following through with the screening and if diagnosed with OSA, seeking and receiving follow-up treatment. Treatment for the disorder typically consists of weight reduction and the use of a nighttime sleep-aid device that provides continuous positive airway pressure, called CPAP. Unfortunately, increased BMI and OSA form a vicious cycle due to the fact that interruption in sleep and lack of sleep have been shown to attribute in increased abdominal girth and BMI.

Although federally mandated testing has not been implemented, some trucking companies have put mandatory testing into their own policies. According to Charles Czeisler, professor of sleep medicine at Harvard medical School, the crash risk for a person with OSA is 242% greater than a person without the disorder.

Currently, medical standards related to OSA and commercial truck drivers are set by each of the 50 states. This relates to driving a commercial motor vehicle in intrastate commerce. The medical regulations adopted under Section 391.41(b)(5) of the FMCSR which determines that sleep apnea is a disqualifying condition. A state has the right to suspend a Commercial Driver's License (CDL) if a person has sleep apnea. Medical examiners from each state and also CMV drivers should be aware of the Department of Motor Vehicle standards in their state. The medical examiner must qualify or disqualify a driver's medical fitness for duty. The disqualifying level of OSA would be moderate to severe OSA which can infringe on the safety of driving.

Although the owner of a trucking firm has responsibility in assuring that its drivers are safe to drive, it is also the individual responsibility of the driver to report a diagnosis of OSA or any of its known symptoms to the appropriate individual of the company that they are employed. If the driver has been diagnosed with OSA and has been prescribed treatment but chooses to not partake in treatment, it is up to the owner of the trucking firm to suspend the driver according to the regulations of the particular state.

Conclusion
With the millions of commercial truckers traveling the highways of the United States annually, it is crucial that the federal government become involved in guidelines that assure commercial truck drivers are screened as necessary for OSA and that appropriate follow-up treatment is sought and continued as long as necessary.