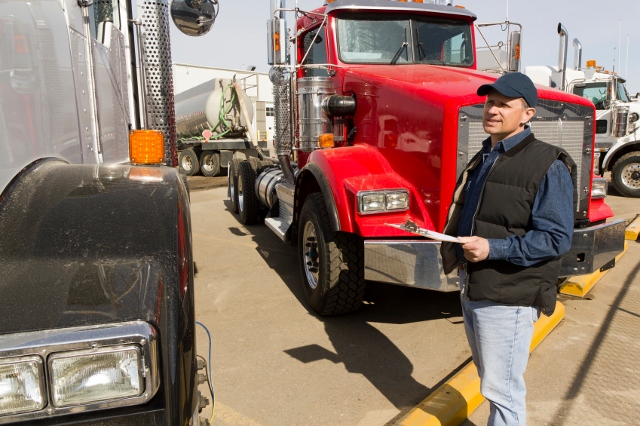 Attention Deficit Disorder and Attention Deficit Hyperactivity Disorder belong to a group of psychiatric disorders related to the brain which can be further grouped into a spectrum of symptoms known as Attentional Disorders. These disorders can be further grouped into the cluster of psychiatric illnesses known as Impulse Control Disorders.

Individuals with ADD/HD tend to have significant difficulty functioning in society. ADD/HD is normally diagnosed in childhood, but many people are not correctly diagnosed until adolescence or adulthood. Specific care should be taken when assessing a potential commercial motor vehicle driver for this disorder, as other disorders may overlay proper diagnosis and treatment.

Treatments like EEG-Biofeedback (Neurofeedback) may allow for permanent attention retraining with reduction of symptoms in individuals with ADD/HD. However, current medical practice guidelines dictate effective treatment using behavioral therapy and psychostimulants. This treatment has potential for abuse in CMV divers, as it can enhance performance; therefore prescriptions can be diverted for sale on street markets. Care should be taken when prescribing psychostimulants due to their abuse potential and potential for addiction.

ADD/HD is many things to many people. If you are a neurobiologist, you might say ADD/HD is caused by aberrant dopamine receptors in the brain due to an inherited genetic abnormality. A behaviorist might say that ADD/HD is learned due to environmental conditioning in a susceptible individual. An environmental physician would claim ADD/HD is due to toxins or vaccines.

There has been a great deal of work in brain imaging in the area of Attentional Disorders, since President George Bush, Sr. allocated $10.2 billion to studying the brain. Since the 90s "Decade of the Brain," there has been an explosion in the types of brain imaging devices and scanners that give very sophisticated brain images.

When it comes to Attentional Disorders, some Neuroimaging Specialists target the frontal and prefrontal cortices, while others claim the cause of ADD/HD is in the thalamus or basal ganglia. It seems that imaging studies have only managed to prove the verity of the late Dr. Werner Heisenberg's Uncertainty Principle.

Can they all be correct?

The answer is no. Attentional disorders can be caused by environmental toxins in the case of lead and cadmium, brain injury, inheritance, or behavioral modeling.

The ADD/HD diagnosis is based on a set of observed behavioral symptoms without a physiologic basis. Therefore, an individual trying to fit the biology into the book is endeavoring in a fool's game (one this author used to play vigorously).

As clinicians, we can agree on the behavioral manifestations of ADD/HD. According to the current standards and practices of the American Psychiatric Association, and The Diagnostic and Statistical Manual of Mental Disorders IV TR, ADD/HD can be categorized by specific alterations in expected age norms for attention, impulsivity and hyperactivity. This can be easily demonstrated using a Continuous Performance Test such as the IVA+. Computerized tests of attention can allow for the accurate diagnosis of ADD/HD and give the clinician a performance baseline to measure change before and after medications are administered or other treatments are conducted. Laptop-based performance testing programs are affordable, can be ordered online and represent billable patient encounters in most states.

It is my opinion that the gold standard of ADD/HD testing comprises medical testing including structural and functional brain imaging, patient questioners, performance testing (IQ, IVA+), and formal interview. ADD/HD is a diagnosis of exclusion. All other possibilities must be ruled out before one can formally arrive upon a presumptive diagnosis of Attention Deficit Disorder.

In practice, ADD/HD is typically diagnosed and treated in the primary care setting. "ADD/HD is one of the three most common disorders seen in primary care settings," (Leslie, 2006). Unfortunately, busy clinicians may diagnose Attention Deficit Disorder based only on the patient's history or through a questionnaire based test. Therefore, when evaluating a potential Commercial Motor Vehicle Driver (CMV), it is best to start from scratch rather than taking the patient's word for it. Just because a patient has been treated by multiple doctors over a long period of time does not mean his psychiatric disorder is correct. It may be an initial compounding error, which is your responsibility to correct. From a clinical standpoint, I have personally evaluated thousands of patients for ADD/HD and would not be confident in making that diagnosis without a performance test.

If the patient has a dual diagnosis of substance use, or is masking a bipolar diathesis through multiple medication usage, you may do a great service to him or her by correctly diagnosing and treating their disorder or by facilitating substance abuse referral.

Once ADD/HD has been properly identified, several treatment options are available. However, in the case of commercial motor vehicle driving, the treatment options of choice are stimulant medications. When used properly under medical supervision, with monthly doctor visits, these medications can be used safely and effectively. However, doses higher than clinically recommended may produce insomnia and hyper-focusing. While the CMV driver may see this as a desirable effect when driving long distances, excessive stimulant use can lead to poor decision making, anger and increased impulsivity.

How does ADHD affect driving?

A study published in 2006 in Journal of Attention Disorders, conducted by Dr. Russell Barkley compared a group of 56 male drivers with ADHD with two groups of non-ADHD controls. This particular retrospective study determined that adults with ADHD were more likely "to report more driving anger and aggressive expression through the use of their vehicle, and less adaptive and constructive anger expression than their non-ADHD peers. Adult ADHD drivers rate themselves as more angry, risky and unsafe drivers, and report experiencing more losses of concentration and vehicular control than college students."

Can Individuals with ADD/HD be good Commercial Motor Vehicle Drivers?

Both the FMCSA and the current research appear to agree on the necessity to identify individuals with ADD/HD and ensure their management is adequate. As a member of The National Registry of Certified Medical Examiners (NRCME), you assist in making our roads safer, and improving the lives of the motor carriers who assist us everyday.