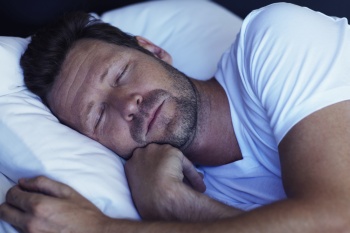 The Federal Motor Carrier Safety Administration’s (FMCSA) main task is to ensure that interstate commercial trucks are operated safely. This requires the agency track and create regulations addressing health conditions that may make driving more dangerous, including determining which should disqualify applicants for commercial vehicle licenses.

Sleep apnea is a serious health condition that may impact up to 28% of commercial vehicle drivers, according to the FMCSA, and is the subject of recent legislation signed by the President. Involving interruptions in breathing during sleep, sleep apnea can cause a number of symptoms, including drowsiness, falling asleep at inappropriate times, and lack of concentration, among many others. While there are a number of risk factors associated with the condition, namely being overweight, it can occur in both sexes and at any age.

The potential number of people suffering from sleep apnea, combined with the symptoms, means the condition could cause a considerable danger to the public. This makes it ripe for examination by the FMCSA. While several state agencies have made sleep apnea a disqualifier for commercial vehicle drivers in intrastate commerce, there are no federal rules specifically addressing the problem. Despite this, the FMCSA’s website mentions that sleep apnea could be a disqualifier under the regulation’s “catch all” provision, which provides for disqualifying those applicants that have a condition impacting their ability to drive a commercial vehicle safely. The lack of specific regulations on the condition may be confusing to medical professionals who examine those reporting sleep apnea symptoms, as well as individuals in the industry.

In order to address this confusion, the FMCSA made statements over the last year indicating it would look at sleep apnea more specifically and seek to create a regulatory framework related to medical qualifications for drivers. These statements caused some in the industry and in Congress to worry about the potential financial impact on trucking companies. Some estimate that the costs of testing current and future drivers for sleep apnea, which is fairly expensive, could cost the trucking industry $1 billion per year.

Federal law requires administrative agencies go through a formal process called rulemaking, when creating new regulations. This calls for a detailed and public process by which the agency will post information and proposed rules. It will then solicit comments from the scientific and medical community, the relevant industry, and the public at large. Taking these into account, the agency will then decide on the new rules after having considered the evidence. This process can be lengthy and costly, sometimes taking years to complete.

The potential danger of commercial drivers with sleep apnea and its estimated prevalence caused some to become concerned the FMCSA would bypass the normal and transparent rulemaking procedure to address the issue quickly. Many feared the agency would issue a “guidance,” which occurs when an agency releases a policy memorandum clarifying existing rules. While issuing a guidance has a legitimate purpose and has been used in the past by federal agencies, the process is controversial and has resulted in litigation over its fairness and legality.

In order to address this fear, a bill was introduced into the U.S. House of Representatives to explicitly require the FMCSA to use the formal rulemaking procedure if it chooses to address sleep apnea in commercial vehicle applicants and licensees. The bill cut through the log jam in Congress and passed the House and Senate with no objections. On October 15, 2013, the President signed the bill into law. The new law does not force the FMCSA to create regulations addressing sleep apnea, but does require any rules on the medical problem go through formal rulemaking process. After the bill was submitted, but prior to it becoming law, the FMCSA did publically declare it would follow the formal procedure. While this seemingly made the point of the bill moot, lawmakers wanted to officially take the issue off of the table, and moved forward with enacting the law.

While there have been no formal announcements of proposed rules, they are likely forthcoming based on statements from the FMCSA and the research cited on its website regarding the potential public danger posed by sleep apnea. The agency has also indicated it will analyze relevant medical and scientific research as the first step in the process. Those interested in this issue should monitor the FMCSA’s website and news releases for any new information on proposed rules and the public comment procedures.