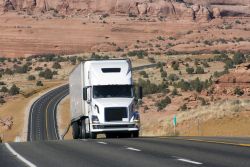 Despite regulatory limits on the amount of time commercial drivers could operate without rest, accidents related to sleep deprivation continued. The Department of Transportation’s statistics indicate between 3,000 and 4,000 die each year in trucking and bus crashes in the United States. It also indicates 13% of these are caused by driver fatigue. In an attempt to address this problem, the Department’s Federal Motor Carrier Safety Administration (FMCSA) modified existing driver hours of service regulations to increase the amount of rest required. Passed on February 27, 2012, the restrictions took effect on July 1, 2013. The FMCSA indicated in a press release that it believes the new changes will only impact 15% of drivers, mostly those with the most extreme schedules.

Driver regulations related to service hours have been in place even before the creation of the FMCSA. Prior versions of these rules required a driver keep a log book, which continues in the new regulations. These books, which may also be kept electronically, require drivers keep track of their driving and rest times over 24 hour periods. Additional information must also be kept on categories such as miles driven and locations, among others. Drivers must retain the prior seven days of logs, and present them for inspection upon request. Failure to properly maintain a log book can cause the driver to be pulled from service, as well as face increasing penalties depending on the nature of the violation and past infractions.

The new regulations have slightly different requirements, depending on whether the driver carries passengers or only cargo. Passenger carriers can only drive up to ten hours after eight hours off duty. These drivers also cannot be on duty, whether driving or not, beyond 15 total hours. In a seven day period, one may not drive more than 60 hours. For eight days, the FMCSA rules move this to 70 hours of driving. There are also requirements for time spent in truck sleeper births.

Drivers carrying cargo only have some slight differences from the new passenger carrier rules. The per day maximum is 11 hours, but the prior off duty requirement is also higher at ten hours. Drivers may also not operate their vehicle beyond 14 hours after coming on duty, regardless of the amount of time spent driving. The same requirements exists for the sixty or seventy on duty hours, but a property carrying driver can reset this time period if 34 hours of off duty time passes, with some additional requirements. Sleeper berth requirements are similar, but contain additional minor provisions.

One rule change benefits commercial drivers. Under prior rules, one of the complaints made was that time spent waiting for loading and unloading was not distinguished from actual driving time. For long haul drivers paid by the mile, rather than the hour, this time was basically wasted, requiring them to take the same forced breaks. The new regulations provide some relief in that time spent resting in a parked vehicle no longer counts as on duty time. Time will tell if this change offsets some of the stricter requirements on drivers, or if the new regulations reduce accident related deaths.