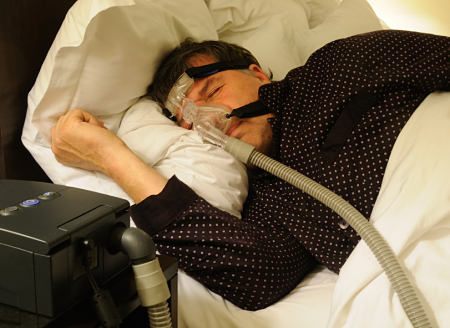 The trucking industry is waiting on the Federal Motor Carrier Safety Administration (FMCSA) to provide guidance on when medical examiners should screen truck drivers for obstructive sleep apnea (OSA).

FMCSA said it will release that guidance any day, according to Elaine Papp, division chief of FMCSA’s office of Medical Programs.

It is expected the guidance will follow a medical advisory committee’s recommendation that drivers be screened for OSA if they have a body mass index (BMI) greater than 35. Drivers would receive a conditional medical certification pending effective treatment.

Agency guidance does not have the force and effect of a change to the rules. However, FMCSA has indicated it eventually plans to propose a rule mandating OSA testing and treatment for drivers who exceed the BMI threshold.

FMCSA’s guidance will come in response to congressional concern about sleep apnea training for examiners that came to the forefront this fall. In October, Reps. Larry Bucshon, R-Ind. and Daniel Lipinski, D-Ill. warned the agency that some trainers were giving medical examiners incorrect information. They said the agency should tell its approved training organizations not to follow any specific steps with respect to sleep apnea testing and treatment.

Bucshon and Lipinski authored the 2013 law requiring the agency to write the rule on sleep disorders, rather than handling them through guidance to medical examiners as it has in the past.

The agency said it will notify examiners and trainers that they should not use federal rules and advice as guidance for apnea screening and testing.

The agency does not prohibit organizations from presenting more information about sleep apnea than was available in a guidance posted in 2000, Darling said.

“FMCSA’s current interpretive guidance concerning obstructive sleep apnea, or OSA, was issued on October 5, 2000, as part of a set of advisory criteria for medical examiners to use in making the individual determination whether a driver meets the physical qualifications standards,” Darling stated in the letter.

“Based on the advisory criteria, a medical examiner should refer the driver to a specialist for evaluation and treatment if the examiner detects a respiratory dysfunction, such as moderate-to-severe OSA, that is likely to interfere with the driver’s ability to safely control and drive a commercial motor vehicle.”

Darling stated the administration will issue a bulletin to all health care professionals on the National Registry of Certified Medical Examiners, including the training organizations, “to clarify that the current federal regulations and associated advisory criteria do not provide guidance for screening and testing drivers for moderate-to-severe OSA.”

Truckers have contacted OOIDA and FMCSA about their medical examiners withholding or delaying driver medical cards until the drivers submit to sleep testing based on criteria such as neck size, snoring and body mass index. Many drivers report being told that sleep testing is part of a regulation.

“We’ve highlighted this numerous times that it’s important that FMCSA be in touch with the examiner community as issues come up,” Bowley said. “If this bulletin shows they’re going to do that and be in communication with those folks, then that’s a good thing. The question is will this bulletin be part of the training and retraining that these medical examiners undergo?”

OOIDA Director of Regulatory Affairs Scott Grenerth said that FMCSA has not provided a timeline for sending out its bulletin to medical examiners.

He said drivers should always be prepared with documentation when they show up to their DOT physicals.